Interview with Ed Simon: “It’s all about putting one word after another.”

Ed Simon is a contributing writer for Belt Magazine, a contributing editor for the History News Network, and a staff writer at The Millions, which the New York Times has called the “indispensable literary site.”

He is the author of several books, most recently An Alternative History of Pittsburgh, from Belt Publishing. His book Pandemonium: A Visual History of Demonology, a work of illustrated nonfiction combining popular history, cultural criticism, and art history, was released by Abrams in February of 2022.

His essays have appeared in The Atlantic, The Paris Review Daily, The Washington Post, Newsweek, Poetry, McSweeney’s, Aeon, Jacobin, Salon, The New Republic and The New York Times among dozens of others, while his anonymous reviews appear in Publishers Weekly.

Originally a native of Pittsburgh, he has lived in New York City, Boston, and now Washington DC. He holds a PhD in English from Lehigh University.

Hi Ed, great to have you on Famous Writing Routines. We’re really excited to talk to you about your writing routine and process. For those who may not know, can you please tell us a little bit about yourself?

Thank you so much for asking to talk with me at Famous Writing Routines. I love process questions. I think that you can learn more about literature sometimes by thinking about how it’s composed as much as you can when asking why it’s composed, or what it means. I’m a staff writer at The Millions, where I’ve had an official home since 2018, but I am a freelance contributor at lots of different sites.

I’ve appeared in The Atlantic, The New York Times, The Washington Post, McSweeney’s, Aeon, and dozens of other places. I’ve also written several different books, including An Alternative History of Pittsburgh and Pandemonium: A Visual History of Demonology. Right now I’m simultaneously working on a few different books. Most of my writing focuses on literature, religion, culture, and politics, and I consider the primary genre that I work in to be creative nonfiction.

Can you take us through the creative process behind your 2022 book, Pandemonium: A Visual History of Demonology?

Every book that you work on has to have a different process, if you’re going to be true to the individuality of the book. No two books are ever created in exactly the same way, though obviously there are similarities between different projects. Pandemonium was a great experience for me, because it’s fundamentally an art book, and it was a genre that at the time was completely new to me.

Working on Pandemonium – like every book – required dividing the work up into manageable segments and then just dutifully following through on completing them section by section. The book has only six chapters, an introduction and a conclusion, but each of those chapters are monster chapters, each with their own subsections.

I organized each one of those chapters into five different sections, the first would be an account of demonology in whatever historical period I was writing about, the second was on an individual demon that I thought was representative of an age, then there would be two picture essays, and finally I’d conclude with an essay on how demonology intersected with more mainstream literature or philosophy.

Each of these sections would be written, and then the art images – the book has over four hundred pictures – would be chosen by me and placed in the appropriate portion of the chapter with extensive captions for all of them. Most of the research was done while in the actual process of writing, which isn’t how I always work, but can be a convenient way to make sure that you’re actually writing and not endlessly reading. A chapter would be grueling, normally about ten days of non-stop work, so afterwards I’d pivot to one of my freelance essays to reset myself.

I like how you’re able to use your freelance work as a way to reset your creative process. So then, what does a day in the writing life look like for you?

I’m the stay-at-home dad for our two year old son, so the typical writing day is very much structured around his schedule, when he naps and so on. The biggest thing is to make sure that not a day goes by when you don’t write.

I’ll take a break every so often – more so when I’m traveling obviously – but consistency and continual work is crucial. It sounds silly, but it’s all about putting one word after another, then taking out the words that shouldn’t be there, and putting in the words that should. That’s the secret to it.

In terms of times when I write, the morning is always perfect, and after my son is asleep at night is the other crucial time. Otherwise, I often compose in my head, when I’m out doing chores, or going to the playground with my son, organizing things into outlines and then transcribing them whenever I get a chance. Walking and moving around is crucial to writing. I sometimes think of the actual putting down of words as just a record of what I came up with when I was being mobile.

It’s really interesting that you talk about composing in your head while you’re doing other activities. Are these compositions usually fully-formed sentences that you just need to get down on paper when you get a chance, or are they more ideas and concepts?

For the most part when I write in my head it’s more detailed outlines of structure with certain turns-of-phrase that I absolutely want to include, kind of a “memory palace” of what form an essay will take once I’m actually writing, though always allowing for the fortuitous when you’re in the thick of things as well.

This memory palace is normally a mnemonic or a mantra, something that I can use to store those ideas until I have time to write. Sometimes I do write out complete sentences, normally the all-important first and last sentences, turning them over in my head, moving things around and so on to test for rhythm, sound, meaning and so on. I memorize those, maybe as much as the whole first paragraph, so that I can get that all down later.

In terms of writing schedule, the pandemic honestly didn’t affect me much one way or the other. I possibly wrote more during this time, but I’m not sure. My wife is an ER physician, and with a young son that couldn’t get vaccinated yet, the pandemic personally affected us in an incredible way, and writing was an outlet for me in a lot of ways. Writing is something that regardless of what’s going on, I can’t help but do it.

We have a home office where I do most of my work, and it’s the sort of messy and homey space that I enjoy being able to write in, but I do think that it’s important to be able to do work wherever is available, and not expect a perfect environment.

I’ve been fortunate to have office space when I was in grad school that I could work in, but I’ve of course written in libraries and coffee shops, and if I have to I’ve used an iPad without a keyboard to type out an entire essay while on the train. Writing itself is for me a place, rather than necessarily needing a place to write. 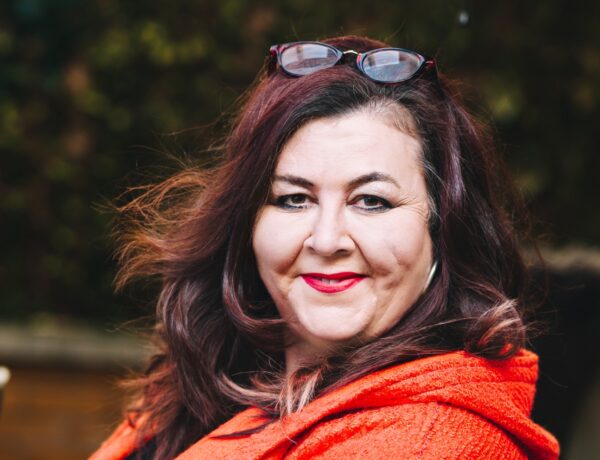 Interview with Jo Thomas: “Each book starts in the same way as I cook dinner.” 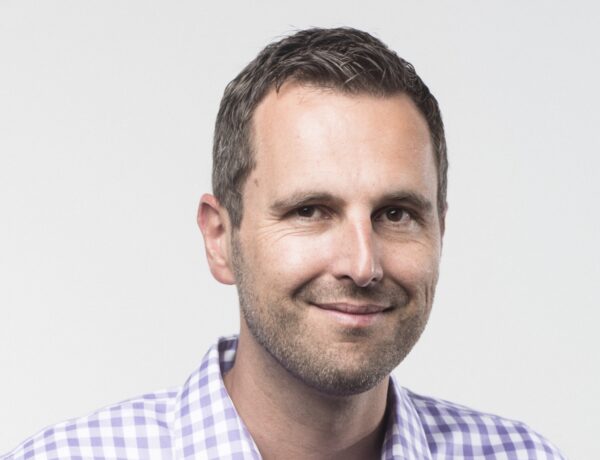 Interview with Kirsten Sundberg Lunstrum: "It taught me that the creative process isn't fragile."