Interview with Alyson Hagy: “I focus more on steady progress than word count.”

Alyson Hagy grew up on a farm in the Blue Ridge Mountains of Virginia. She is a graduate of Williams College (’82) where she twice won the Benjamin Wainwright Prize for her fiction and completed an Honors thesis under the direction of Richard Ford.

She earned an MFA in Creative Writing at the University of Michigan (’85) working with George Garrett, Alan Cheuse, and Janet Kauffman. While at Michigan, she was awarded a Hopwood Prize in Short Fiction and a Roy Cowden Fellowship. Early stories were published in Sewanee Review, Crescent Review, and Virginia Quarterly Review. In 1986, Stuart Wright published her first collection of fiction, Madonna On Her Back.

She has been awarded fellowships from the National Endowment for the Arts and the Christopher Isherwood Foundation. Her work has won a Pushcart Prize, the Nelson Algren Prize, the High Plains Book Award, the Devil’s Kitchen Award, the Syndicated Fiction Award, and been included in Best American Short Stories. Recent fiction has appeared in Drunken Boat, The Idaho Review, Kenyon Review, INCH, and Michigan Quarterly Review.

Hi Alyson, really great to have you on Famous Writing Routines today. For those who may not know, can you please tell us a little bit about yourself?

Thank you for the great questions. I’m honoured to be part of such a rich conversation. I grew up on a small farm in the Blue Ridge Mountains of Virginia where most of our neighbours milked dairy cows or worked in nearby factories. I from a big family and was outdoors a lot as a kid, and that had a serious effect on my imagination.

I also fell in love with books early on. But it never occurred to me that a living person could be a writer. It was only after I went far away to college (Massachusetts) that I realised the place where I’d grown up was defined by its audacious storytelling. The people I grew up with answered every greeting or question with a story. And I was doing the same thing—which raised some eyebrows in upright New England. Before long, a professor suggested I take a creative writing class. That was his solution to my unruly responses to his Literature assignments.

Eight books later I’m still writing fiction. I’m surprised how powerful the call is. I began with short stories, and I wrote and rewrote them ferociously through three early collections. It took me 20 years to complete a novel anyone would publish. I was a slow learner there. Much of my fiction is anchored in landscape (Graveyard of the Atlantic; Ghosts of Wyoming) and the hard scrabble edges of rural American culture (Boleto; Scribe).

I’m interested in how people hang on in stressed communities, how they use stories to bind themselves to one another or to drive wedges. I’ve lived in Wyoming, one of the most beautiful, challenging parts of the American West for more than 25 years. The huge landscapes here are inspiring—and harsh, just like back home. I make my living as a teacher. But it’s the listening to others, the delight in other people’s histories and tales, that keeps me going.

Can you take us behind the creative process for your 2018 novel, Scribe?

That one came to me like a glowing flame. I was driving on a Virginia back road between stops on the tour for Boleto, and I passed an abandoned farm, and it just came to me: this vision of a woman writing with a quill pen and ink in a tumbledown house. I sensed that she wrote documents for barter and that she lived in some version of the 19th century.

I also sensed that I’d better try to grab her story quickly because she and her mysterious past weren’t going to wait for summer break or anything else. Weirdly, I’d recently gotten myself immersed in administrative work at a university—not something I’d recommend. So, if I wanted to figure out who this woman was and why her world was so war-torn and dangerous, I was going to have to write at night, over the holidays, and during weekends. That kind of urgency was new for me.

I tend to stew over novel ideas for a while before I commit to them. But not with Scribe. I just took the plunge. I had to. The story was going to leave me behind if I didn’t. I used the farm where I grew up as the setting. I used the voices from my childhood (preachers, idlers, charlatans) as my soundtrack. In nine months, I had a draft I could hang my hat on—and that’s fast for me. It took me another nine months, grabbing hours where I could find them, to shelve the historical research I’d done and opt for a fable-like structure that sets reality aside in favour of the occasional dreamscape or ghostly power.

The book wanted to be a tale, and I finally just had to give in to that impulse, which turned out to be a whole lot of fun. It didn’t do me any good to fret about how “different” Scribe was from previous books or whether my editor would like it. I had to turn off those thoughts and go back to what I loved about great oral storytelling when I was a kid—outlandish characters and their behaviours.

A good writing day for me begins with an early morning run or walk, preferably in open country with my dog. It helps me to be reminded how large the world is, large and unmanageable, before I go to work. Then it’s a quick breakfast and shower followed by reading some poetry so I can settle my mind with other writers’ language.

If I’m working on a story, I’ll reread it from the start—and pick up where I left off. I leave myself cues, or notes, from the previous day’s work to help me fall into the dream world of the story again. If I’m working on a novel, I’ll go back 10-20 pages and read enough to centre myself in the voice of the novel once again. Sometimes, I work in both genres on the same morning.

After about two hours, I need to look at email or turn my attention to my students and classes. Plus, the dog will want another walk. (I will too. Walking is a key part of my process.) On a good day, I’ll have time to go back to my own work later in the afternoon to revise. And I love to revise. That’s an energising challenge for me. I guess I have faith the work will somehow get better if I just keep trying.

I also love to read in the afternoon. I read widely—contemporary fiction, classics, poetry, translations, magazines. It’s all grist for the mill. One thing that’s less helpful for me (probably because I’m not a digital native): hanging out on social media or the internet. My best books have been total leaps of faith. I need to keep my blinders on when I’m working on first drafts. Distractions lead to dilution, at least for me.

I don’t. I usually have a target for the day—one new scene, two new scenes, a revision on a full chapter. Stuff like that. I focus more on steady progress than word count. But I do set a goal every day, one that’ll push me beyond what I think I know about the project. That seems to work for me, the reaching.

A book of poetry (maybe two) to start the day with other writers’ words, fine-tipped black pens, a small notebook that fits into a pocket so I can have it with me always, a larger notebook for outlines of scenes or lines of dialogue, a window that lets in good light and birdsong, a decent laptop, a printer. I revise a lot.

I go over sentences, paragraphs, scenes, chapters dozens of times, so I’m constantly marking up printed drafts of stories and novels, then printing them out again. For me, the writing needs to sound right. My process has become more aural, more musical, over time. I read aloud a lot too. It also helps to have a dog nearby. Seriously. I get a real lift from being close to animals and birds.

It’s a small room that faces east. Our neighbourhood is very quiet, so I see lots of local critters. The one-hundred-year-old Corona typewriter is mostly for decoration, but I do love having it close. My notebooks are within reach. Books I’m reading, or about to read, are stacked on my printer.

The desk, which is handmade and was given to me by a friend, is set up so I can either handwrite or type on my laptop. What you can’t see in the picture is the bookshelf loaded with favourite books, rocks, stones, animal bones, feathers, prayer beads, and family photos. There’s also a daybed (for reading or naps) and a rug occupied by my watchful Labrador retriever. 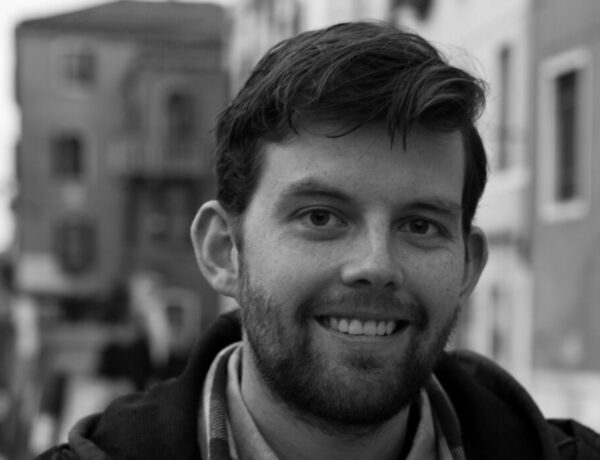 Interview with Greg Donahue: “I just need to step away to have any chance of unlocking it.” 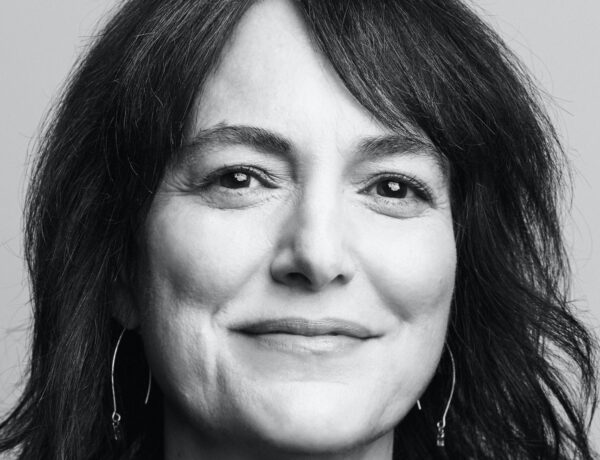 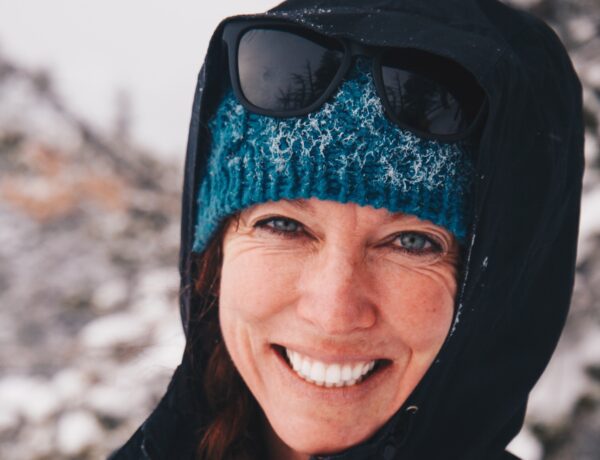 Interview with Cassidy Randall: “You always hope that your work has an impact.”

Interview with Cat Baab-Muguira: "I write in great bursts of inspiration and interest."

Interview with Todd Henry: "Moving my fingers on the keys is the best way to unlock ideas."