Interview with Lucy Tan: “I have a very limited source of pure creative energy.”

Lucy Tan is the author of the novel What We Were Promised, which was longlisted for the Center for Fiction First Novel Prize and named a Best Book of 2018 by The Washington Post, Refinery 29, and Amazon.

Though raised in the suburbs of New Jersey, Lucy has spent most of her adult life in New York City and Shanghai. Her stories explore these and other spaces, with special focus on characters who have a shifting sense of what they call “home.”

Lucy holds an MFA in creative writing from the University of Wisconsin-Madison, where she was winner of the August Derleth Prize. A recipient of support from Kundiman, NY State Summer Writers Institute, and the Wisconsin Institute for Creative Writing, Lucy has published in journals such as Asia Literary Review, McSweeney’s and Ploughshares, where she was fiction winner of the 2015 Emerging Writer’s Contest. She currently lives and writes in Seattle.

Hi Lucy, great to have you on Famous Writing Routines. We’re really excited to talk to you about your writing routine and process. For those who may not know, can you please tell us a little bit about yourself?

Thanks for having me! I write character-focused novels and short stories that consider topics of identity, self-realization, and the places we call home. My first novel, What We Were Promised, was published in 2018, and I’m currently working on my second novel and a collection of short stories. Originally from the east coast, I now live in Seattle with my husband and our dog, Wonka.

Can you take us behind the creative process for your 2018 novel, What We Were Promised?

What We Were Promised started out as a short story called “Ayi,” which I wrote for submission to workshop at my MFA program at the University of Wisconsin-Madison. It was told from the point of view of a housekeeper who is under suspicion for having stolen a bracelet from one of the residents of a luxury hotel in Shanghai.

The world of the hotel was one I knew, but not one I had explored in fiction. The characters formed in this short story set my mind running; I wanted to spend more time with them. I began to think about turning the story into a novel.

It was helpful to have this short story as an entry point from which I could begin to think about the general shape of a novel, because it provided a moment of tension to work from. I began to ask myself: Who took the stolen bracelet? Who would get punished for it? And what was it about these characters’ lives that I wanted to learn more about, anyway? What might the climax of a novel look like?

I approach writing much like I approach reading—with a sense of suspense and adventure. I don’t plan too much ahead, and I don’t write out of order; I make vague plans for the story as they come to me, but I like to surprise myself as I face each new moment on the page.

Of course, it took many drafts and revisions for me to be happy with all the choices I made as an author. But I found that the only way forward was to consider fictional moments as I reached them and not to think too hard about what might happen further down the line in the next chapter or two. Doing so would mean that I’d miss opportunities to let my characters surprise me.

My typical writing day depends on where I am in my writing process. When I’m generating a first draft, I can only write for two to three hours a day. I have a very limited source of pure creative energy (what I’ll call “first draft energy”), and this tires me out quickly.

The rest of my day is spent scheming, dreaming, and recovering from writing. In later drafts, I spend more time in the document each day because the type of energy and attention they require is different. By the time I’m re-writing, say, the third draft, what I’m working on is often editing at the scene-level. I’m asking myself: Does this chapter flow? Does this moment ring true? Is this line of dialogue sound? Could I use a better word here? I’m honing in on technical aspects in a way that engages the micro-level problem-solving part of my brain, which gives the big-picture, creative part of my brain a rest.

I will often write first thing in the morning after I’ve had coffee and a small breakfast. On an ideal writing day, I’ll write until I’m starving, and then I’ll eat lunch and go for a walk, which allows me to daydream and work out some of the issues I’m dealing with in my draft. Sometimes I call them “plot walks.” When I get home, I’ll jot down any new ideas that come to me on my walk, and if I’m inspired, I’ll keep writing. If not, I’ll release myself from my creative writing duties for the day and usually take a nap. Then I’ll turn my attention to writing-adjacent work like crafting lesson plans, reviewing other writers’ manuscripts, and sending emails.

I don’t have a target word count because I find that how many words I put down isn’t an accurate reflection of how hard I’ve worked or how productive I’ve been. When I’m trying to get a project done, I often have a time target, which varies depending on how much daily energy I can sustain before getting burned out.

I’d be curious to know if you have any must-have writing tools?

I usually work on a laptop, in a Word document, because I tend to write linearly by drafting a story from the beginning to the end. However, What We Were Promised had complicated timelines and multiple points of view, which needed to be constantly cut and moved around, and inspected for pacing and flow. For this I used Scrivener.

When I’m stuck and feeling hopeless, I leave my computer behind and start writing by hand in pen (pen marks just look aesthetically better to me than pencil markings!) Doing so reminds me that what I’m writing is just a draft and allows me to put less pressure on the words I’m producing. I like that writing by hand slows the conscious mind down and allows the subconscious to catch up.

The physical strain of writing by hand also makes my work feel more tactile, which I think is an important thing for a writer to feel. I spend so long in my imagination that it’s sometimes hard to recognize that I really am working, not just following flights of fancy. And so I embrace opportunities to render my writing in the physical world, not just the digital/mental one. Printing out pages helps with this as well.

What happens when you get writers’ block? Do you have any techniques or tricks to get back into the flow of things?

I like to have a knitting project near me when I’m writing. Having something repetitive to do with my body helps me get into a good artistic flow. Before I started knitting, I paced around the room, which achieved a similar effect. When I knit, I can better think and dream. If I’m stuck on the page, my hands can pick up where my mind has left off. When I have the next sentence, my hands land on the keyboard again.

My writing desk is positioned in the center of a sunny room, which I use as my office. I keep my desk clear except for my computer, a cup filled with pens; whatever I’m eating or drinking at the moment; a charm or two (a candle to light, a mermaid figurine that my Dad brought back from Copenhagen when I was a kid); and maybe a notebook.

I sit in a comfy swivel chair that is large enough for me to alternately cross my legs and bring my knees up to my chest, which are for some reason the positions I like to write in. (Check in with me in a few years to see if I have any joint or back problems). Behind me are framed pieces of inspiration and artwork. Next to me is a fuzzy Ficus Audrey, a basket with a current knitting project in it, and a tiny electric heater for use in colder months. 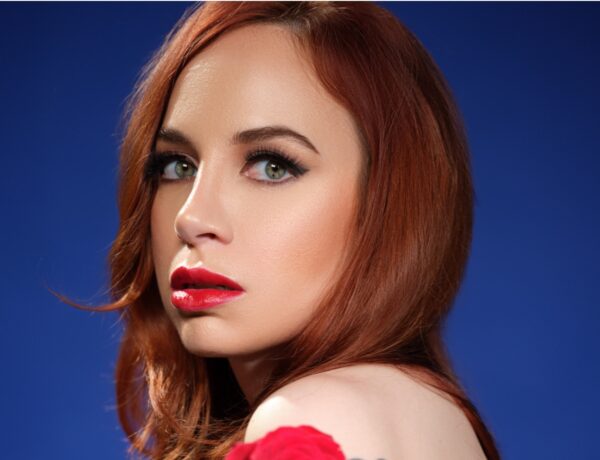 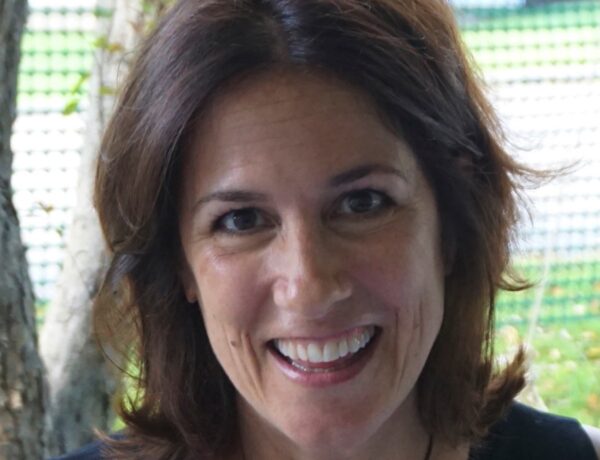 Interview with Sarah Albee: “I trained myself to write anywhere.” 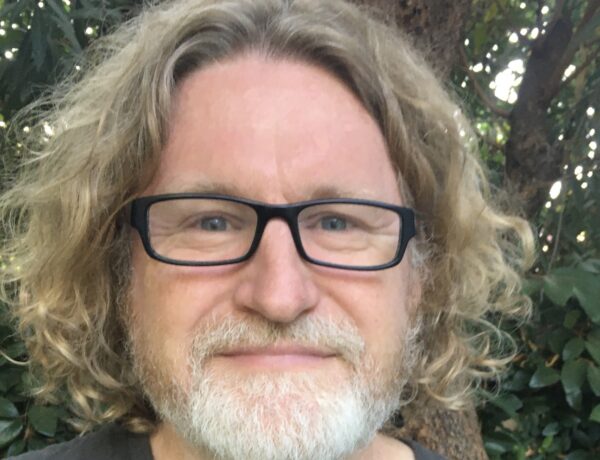 Interview with Albert Samaha: "Seven hours of writing is nothing when you’re flowing."