Interview with Christine Sneed: “By the time we entered lockdown, I was utterly exhausted.”

Christine Sneed is the author of the novels Paris, He Said and Little Known Facts, and the story collections Portraits of a Few of the People I’ve Made Cry and The Virginity of Famous Men (Bloomsbury USA & UK). Her fifth book, Please Be Advised: A Novel in Memos, and a short fiction anthology she edited, Love in the Time of Time’s Up, will both be published in October 2022.

​Her feature script The Female Gaze was one of 150 semifinalists, drawn from 7,831 entries, in AMPAS’s 2020 Nicholl Fellowship competition.  She has written a number of other high-placing scripts in the Austin Film Festival, CineStory Feature and TV Pilot competitions, the PAGE Awards, Atlanta Film Festival, Filmmatic, New York International Screenplay Awards, and Screencraft Comedy Feature competitions.

She has received the Grace Paley Prize for Short Fiction, the 21st Century Award from the Chicago Public Library Foundation, the Chicago Writers’ Association Book of the Year Award twice, the Society of Midland Authors’ Award, an O. Henry Prize, and Ploughshares’ Zacharis Award. She has also been a finalist for the Los Angeles Times Book Prize and the Chicago Review Fiction Award. She lives in southern California with her partner Adam Tinkham and teaches for the graduate creative writing programs at Northwestern University and Regis University.

Hi Christine, great to have you on Famous Writing Routines. We’re really excited to talk to you about your writing routine and process. For those who may not know, can you please tell us a little bit about yourself?

Having lived most of my life in the Midwest, the Chicago area specifically, I moved to Pasadena, CA in 2018 and have been here since then. I teach for two graduate creative writing programs, one at Northwestern University in the School of Professional Studies, and the other at Regis University in Denver.

I’ve published two novels and two story collections, and have a new novel out in October, Please Be Advised: A Novel in Memos (7.13 Books) as well as a short fiction anthology I edited, Love in the Time of Time’s Up (Tortoise Books).

Can you describe the different mindsets required for you to teach writing vs. do the actual writing? Is it hard to switch between the two?

To be honest, I don’t think I have different mindsets for teaching and writing; my intention when I teach is always to clarify what I think good writing is, which for me is always about precision, the five senses, i.e. what can be seen, smelled, tasted, heard, and touched, as opposed to the vagueness of abstractions (the philosophy courses I took in college were hard for me because I realized then how frustrating I found abstract thought without the concrete and sensory tied to it – where were the examples, the analogies, the objects and colors in these philosophers’ lives? Nietzsche, at least, was decodable.) When I teach, I’m also demystifying for myself why certain poets and prose writers appeal to me more than others, and why I find character-driven fiction more satisfying to write than plot-driven.

Can you take us through the creative process behind your upcoming book, Please Be Advised: A Novel in Memos?

I wrote this novel after having written a more straightforward, linear comedic novel. The writing of that book (The Month of September), was a highly enjoyable but exhausting process; I wrote a full draft in only a few months, and when I finished it, I was a little at sea and didn’t know what to write next in part because I really loved the characters in The Month of September, especially its first-person protagonist – I missed her and her off-kilter worldview.

Wanting to work on something a little shorter, I started writing memos that eventually became the basis for Please Be Advised. The first draft of PBA also came together in a few months, but I spent the next three and a half years revising it and adding to it on and off. When Kurt Baumeister, my editor at 7.13 Books, acquired it, he suggested adding a couple of new plot threads, and from there, I added an IRS audit and one or two other seriocomic threads.

So when you’re in writing mode, what does a typical daily routine look like for you?

I try to write in the mornings, before 10 a.m., but if that’s not possible, I wedge in an hour or two in the afternoon, and sometimes in the early evenings. Before the pandemic, I was writing like a madwoman – essentially one novel, one short story, one screenplay, after another – and I think by the time we entered lockdown, I was utterly exhausted.

Since March 2020, I’ve continued to write fiction and the occasional script, but I have not been as single minded as I was. There was a long gap, 8 years, between when my last two published books (Paris, He Said and The Virginity of Famous Men) were sold to my previous publisher, Bloomsbury USA, and the sale of Please Be Advised and Love in the Time of Time’s Up.

During those 8 years, I was essentially writing a novel a year; my agent would go out with the newest novel, thinking for sure it would sell, but it didn’t. My sales numbers weren’t good by NY standards, I learned, and eventually I went out on my own and approached small/indie presses with Please Be Advised, the Time’s Up anthology, and a forthcoming story collection, Direct Sunlight.

To be honest, it didn’t affect my writing routine very much. I teach almost exclusively online, and did so before the pandemic too. I don’t have children, and although my domestic partner was home a little more often because he was furloughed from one of his jobs, he has always been very respectful of my need for time alone in my office.

I’m curious to know where you go for inspiration. Are there any recent books, movies, works of art that have made you look at things differently?

Rachel Cusk’s books have been a strong source of inspiration since I first read Outline in 2015. And not long after that David Szalay’s novel-in-stories All That Man Is. I’ve read his other books too. On a very different note, this year I’ve watched the riveting, expertly made LAPD procedural show Bosch. It has a minimalist style that nonetheless offers up a rich portrait of a big city, its custodians, and its/their woes. And Ken Layne’s radio show/podcast Desert Oracle, as well as Karina Longworth’s podcast You Must Remember This are also aural and cerebral treats.

I have two windows that overlook the San Gabriel Mountains, and there is usually good light during the day. I read, write, and teach in this room, usually starting early in the morning. I have two plants for office mates and two large bookcases my partner and his brother-in-law made for me shortly after our move from Chicago. 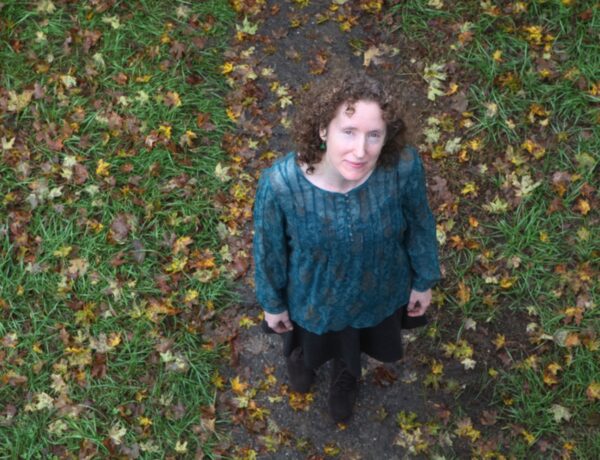 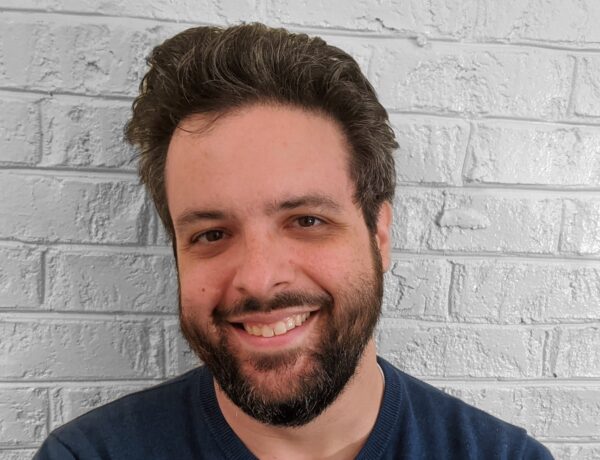 Interview with Ed Simon: “It’s all about putting one word after another.” 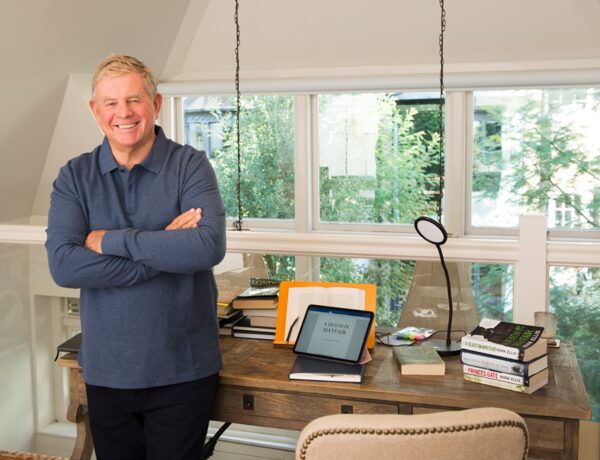 Interview with Mark Ellis: “You must persist if you believe in your work.”

Interview with Jeffrey Archer: "I feel very lucky not to have suffered writer’s block."